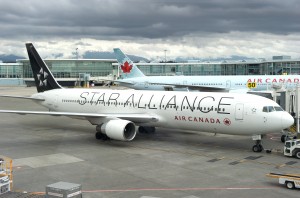 The service is planned to begin May 1, 2015 and will be operated by Air Canada rouge with five flights per week from YVR to Kansai International Airport (KIX) in Osaka.

Air Canada rouge will operate a Boeing 767-300ER aircraft on the route and offer a choice of economy and premium cabin service.

“We are delighted that Air Canada has chosen to expand its network at YVR,” said Craig Richmond, president and CEO, Vancouver Airport Authority. “Not only is Japan a desirable destination for British Columbians, this new route will also bring growth, hundreds of jobs and economic benefit to the whole province.”

“We are very pleased to add Osaka to our international route network with the introduction of the only non-stop flights from Canada to Kansai International Airport starting May 1,” said Benjamin Smith, president, passenger airlines, Air Canada. “We expect this new seasonal service to be particularly popular with vacation travellers from Osaka seeking the renowned scenic beauty, outdoor activities and culture of Vancouver and B.C., as well as with North American customers travelling to Japan’s second largest metropolitan centre. The flights to Kansai International Airport have been timed to connect conveniently at Air Canada’s Vancouver hub to and from our extensive North American network.”

Air Canada rouge flights from YVR to KIX are planned to begin May 1, 2015, subject to government approval, and will operate up to five times weekly until October 24, 2015.

For more information, including how to purchase tickets, visit aircanada.com.