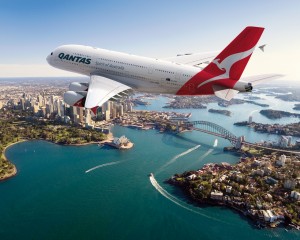 Qantas will operate six direct return flights between Australia and Vancouver in January 2015. The flights will take advantage of the seasonal peak in travel during the Canadian winter.

“We are delighted that Qantas is looking at our North American market and giving passengers a great product and experience along this route,” said Craig Richmond, president and CEO, Vancouver Airport Authority. “This supplementary product will boost tourism and business and provide more choice for Canadians looking to escape the winter chill for some much-needed sun and to Australians who want to make the most of our great ski resorts.”

Qantas will operate flights from January 3, 2015 to January 22, 2015, using a reconfigured Boeing 747 aircraft with fully flat Skybeds in business class, plus A380-style seats in premium economy and economy classes.

Flights will depart from Sydney on Saturdays and Wednesdays at 2:30pm arriving at 9:45am.

Qantas recently announced a codeshare with WestJet, providing new connections from its Trans-Pacific services to an expanded network across Canada.

“This new codeshare arrangement reinforces our position as the carrier of choice for both business and leisure travellers to the Americas, offering seamless one-stop travel options from Australia to destinations across Canada,” said Stephen Thompson, executive manager international sales, Qantas.

Founded in the Queensland outback in 1920, Qantas has grown to be Australia’s largest domestic and international airline.
Qantas is widely regarded as the world’s leading long distance airline and one of the strongest brands in Australia.

For more information, including how to purchase tickets, visit qantas.com.au.