By Editor on September 11, 2014 in Virgin Atlantic 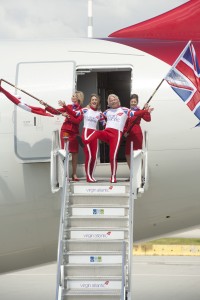 In May 2012, Virgin founder Sir Richard Branson touched down at YVR to kickoff the inaugural Virgin Atlantic seasonal service.

Virgin previously operated five flights per week from Vancouver, its only Canadian destination.

Virgin plans to strengthen its North American services through its partnership with Delta Air Lines, which acquired a 49 per cent stake in the U.K.-based airline last year. Delta serves Vancouver from three of its U.S. hubs—Seattle, Minneapolis and Salt Lake City.

According to a Virgin Atlantic spokesperson, the airline will continue to service the Vancouver market via a one-stop service on Delta Airlines connecting through Seattle or Minneapolis.