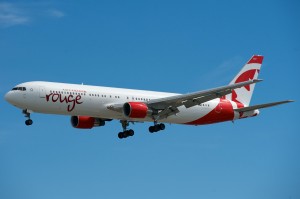 Air Canada will continue to evaluate future market opportunities as new aircraft are introduced into its mainline fleet and existing aircraft are released for operation by Air Canada rouge as market demand warrants.

Since the launch of Air Canada rouge in July 2013, Air Canada has deployed its leisure carrier to a growing number of Caribbean, European and select sun destinations in the United States.