Last month, Groupon announced an expansion of its Groupon Getawaysmarketplace with the addition of approximately 20,000 new hotels in all of the most popular destinations around the world.

With the addition of these new properties to Groupon Getaways’ already popular up-to-60-per cent-off Flash Deals, travellers can now find a hotel through Groupon for every major travel destination.

Additionally, anyone who makes a reservation at one of the approximately 20,000 new properties receives five per cent back in the form of Groupon Bucks to use toward a future Groupon purchase.

After a successful pilot program, the expanded Groupon Getaways marketplace is now available to anyone in Canada and the U.S. via the Groupon mobile app and the Web. 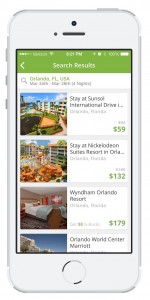 All hotels are chosen by the Groupon Getaways team based on price, star rating and location. In addition, most hotels in the Getaways marketplace have a booking calendar, which eliminates the need for vouchers and lets consumers select and confirm the exact dates they want to travel based on price and room availability.

“Searching for a hotel can be a very time-consuming process, with most travel sites showing hundreds of listings for each destination,” said Simon Goodall, VP and GM of Groupon Getaways. “We’re providing travellers with only the best options at the best prices, so they have no reason to go anywhere other than Groupon. By expanding our selection, we’re giving travellers literally tens of thousands of reasons to check Groupon first.”

The expanded Groupon Getaways marketplace is initially available to Groupon subscribers in Canada and the U.S., with plans to launch globally later in 2014.