Record year at YVR, with another en route 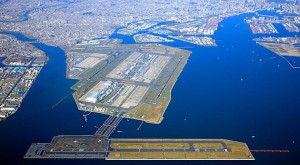 The final numbers are in for 2013 and they show a record year for passenger travel at YVR.

For those inclined to round up, that’s practically 18 million, but not quite. In fact, that’s one very busy day away from 18 million since it is not uncommon to see 30,000 inbound and 30,000 outbound passengers on a peak day in August or December.

There are also a couple of sub-stories in that 17.97-million number.

In addition, a record numbers of passengers travelling to the Asia Pacific region were processed with growth to Mainland China up 19.8 per cent alone.

YVR continues to be in growth mode, which is as exciting for the airport’s employees as it is for the travellers who helped the airport achieve this milestone.

New routes, services and aircraft that will be seen throughout 2014 include:

·         More Dreamliners operated by other airlines in the next few months

·         Launch of daily service to Tokyo’s Haneda airport, operated by All Nippon Airways

·         United Airlines to operate daily service to Washington, D.C. throughout the summer