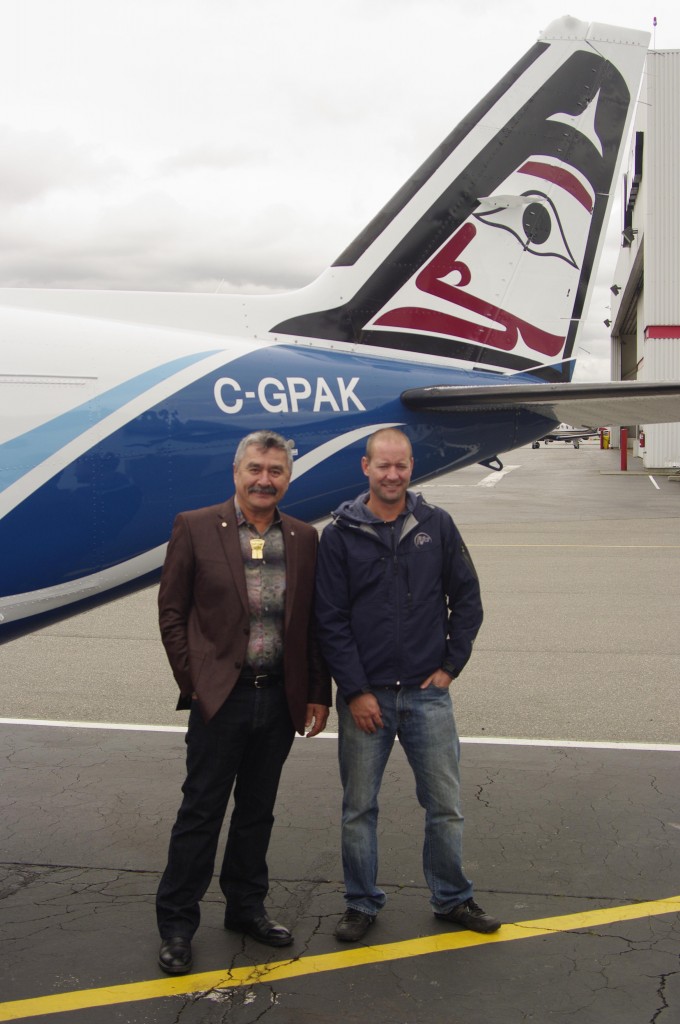 Orca Airways plans to standardize the Roy Henry Vickers design as part of a complete refurbishment of its fleet of more than 20 aircraft that includes Piper PA-31 Navajos and Beechcraft King Airs.

“I’ve flown with Orca Airways for many years and have enjoyed the attention to good service they provide,” said Vickers at the unveiling of the newly updated Navajo Chieftain. “Recently, I began to think of doing a design for the planes. The ocean, the orca dorsal fin and people were all components of the thought process that led to the design and artwork that I am honoured to have Orca Airways incorporating into its new look.”

“In addition to the truly beautiful exterior paint scheme, we are the first local carrier to have our passenger aircraft avionics systems upgraded to the Transport Canada TAWS (terrain avoidance) criteria, which will be mandated in 2014,” said Andrew Naysmith, president and CEO of Orca Airways.