By Editor on November 8, 2013 in Aviation Organizations 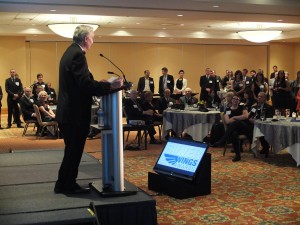 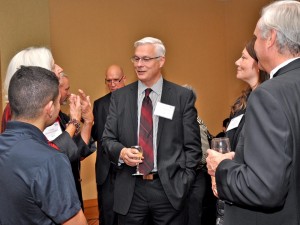 The British Columbia Aviation Council (BCAC) honoured and awarded the winners of the BCAC Aviation Awards for 2013 at the Silver Wings Gala held on October 30.

Sponsored by Vancouver Airport Authority, more than 200 people came together from across the province to honour this year’s winners.

“This year is particularly significant for the aviation community in B.C.,” said BCAC Chair Mark Duncan. “As we celebrate 75 years of representing aviation and aerospace, there is growing recognition that our industry makes valuable contributions to the economic well-being and growth of this province. By highlighting the accomplishments of individuals, companies and students, we shine a spotlight on the leaders of yesterday, today and tomorrow.”

Presentations totaling in excess of $10,000 in scholarships to students studying in various fields of aviation were as follows:

Scholarship nominations will be open again in the spring of 2014. 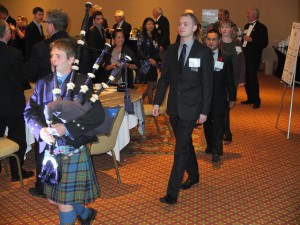 BCAC 2013 Silver Wings Award winners are piped into the event.

If you missed this event, mark your calendar for February 26 and 27, 2014 when BCAC visits Prince George for a workshop and meetings.