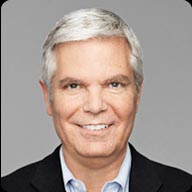 The award for new CEO of the year is given to the top chief executive officer in the role for less than five years, as judged by a prestigious panel of Canadian business leaders and academics.

According to the magazine, the CEO of the Year program focuses on successful strategies implemented by CEOs who have made a major contribution to the Canadian business community and to Canada’s overall economic success. Winners were chosen based on corporate performance in addition to a review by an independent advisory board consisting of Canada’s top business leaders, academics and strategists.

“We all tend to be quick to call out a bad CEO, but we don’t give great leaders nearly enough praise,” said Canadian Business Editor Duncan Hood. “With these CEO of the Year Awards, we are starting a tradition of doing just that, because good chief executives don’t just create value for shareholders, they create economy-boosting value for Canada , through jobs, new products and innovations.”

Saretsky received the award at a gala event in Toronto earlier this month.

“I am both honoured and humbled by this recognition,” said Saretsky. “It is truly a privilege to lead such a committed and dedicated team of more than 9,600 WestJet owners. Their passion for our guests, demonstrated by their caring service every day, is truly something special. What we have achieved in my time as CEO, we have achieved together. It has been an amazing three-and-a-half years and, I believe, the best is yet to come. The future is bright and we’re looking forward to it with great anticipation and excitement.”