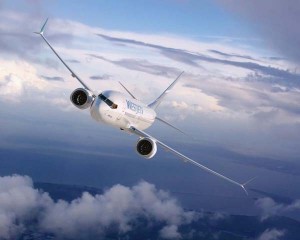 The pending order, valued at $6.3-billion at current list prices, is a key component of the Calgary-based carrier’s strategy to optimize and modernize its fleet.

The 737 MAX series is due to enter production in 2015, with deliveries to customers starting in 2017. It is the latest version of Boeing’s top-selling 737 jet aircraft, which has been in production for more than four decades.

“Since the very beginning, the Boeing 737 helped play a role in WestJet’s growth and success,” said Brad McMullen, vice president of North America sales, Boeing Commercial Airplanes. “We are pleased to see the 737 MAX will continue the tradition of supporting WestJet’s vision to be one of the most successful international airlines in world. The 737 MAX’s efficiency, reliability and passenger amenities will be a successful combination with WestJet famous customer service.”

The airline has changed an earlier order from Boeing and will substitute 15 Boeing Next-Generation 737 aircraft scheduled for delivery between December 2014 and 2018 with Boeing 737 MAX aircraft.

The 737 MAX is based on Boeing’s 737 Next Generation aircraft, which it is to replace. The primary change is the use of larger and more efficient CFM International Leap-1B engines.