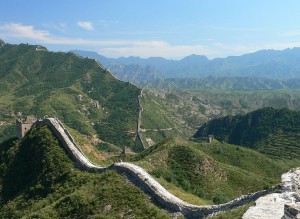 The Great Wall of China at Jinshanling. Photo: Severin.stalder

An expanded Canada-China Air Transport Agreement that allows for new air services between additional cities in both countries is now in effect and available for use by airlines.

This agreement with China will increase the numbers of cities Canadian and Chinese airlines can serve from 12 to 18 in the other partner’s territory.

“The Government of Canada is pleased to build on our positive air transportation relationship with China through this expanded air transport agreement,” said Transport Minister Garneau. “The agreement is good news for both business and tourism and we look forward to keeping the momentum going with this important international partner in the future.”