By Editor on August 28, 2015 in Government, Travel Features 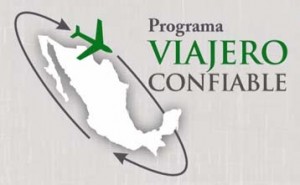 Viajero Confiable is a trusted traveller program operated by the Government of Mexico that provides expedited processing for pre-approved travellers at designated airports in Mexico via the use of automated kiosks.

Public Safety Canada has joined the Department of Homeland Security and the Secretariat of Governance of Mexico in outlining the first steps toward the creation of a North American Trusted Traveller network.

The new agreement will make it easier for eligible travellers in the United States, Canada and Mexico to apply for expedited screening programs, helping to promote travel across the continent.

As part of the agreement, Canadian citizens who are members of NEXUS to apply for Viajero Confiable, making them eligible for expedited screening benefits upon arrival at select international airports in Mexico.

The arrangement will also allow Mexican nationals who are members of Mexico’s Viajero Confiable program will be able to apply for the U.S.-Canada NEXUS trusted traveller program, making them eligible for expedited screening benefits upon arrival at international airports in the United States and Canada.

Eligible travellers will be able to apply for each program beginning in 2016.