Did You Know—how many landings before an aircraft’s tires are replaced?

By Editor on December 11, 2014 in Aviation Knowledge 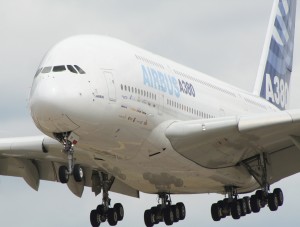 Aircraft tires do not typically have a definitive lifespan. Variables such as weather, hard landings, cross-wind landings, anti-skid action and rough or damaged runway surfaces all have an effect on the condition of the rubber surrounding the tire’s core.

Recapped or retreaded tires is standard procedure in aviation and is regarded as being the most economical and safe method for maintaining proper landing gear function.
Some recapped tires will last for up to 100 landings, while others will need replacement far sooner.