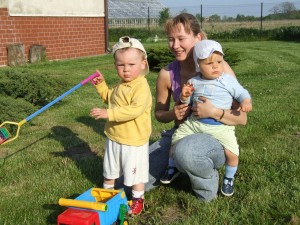 The Caregiver Program has been a feature of Canada’s immigration system for many years as a component of the Temporary Foreign Worker Program. It allows Canadian employers to recruit foreign nationals to live and work in their homes to provide childcare or home support for seniors or people with disabilities, when there is a shortage of Canadians or permanent residents to fill available positions.

After two years of work, caregivers have the option of applying for permanent residency.

To be eligible for either pathway, caregivers must have the following:

• A positive Labour Market Impact Assessment (LMIA) from an employer in Canada
• A written contract with the future employer, signed by both caregiver and employer
• Successful completion of the equivalent of at least one year Canadian post-secondary school education that is confirmed by an Educational Credential Assessment
• At least six months approved training or one year of full-time paid work experience as a caregiver or in a related field or occupation (including six months with one employer) in the past three years
• Knowledge of English or French at the “initial intermediate” level by meeting the Canadian Language Benchmark (CLB) 5 in a designated third party language test
• Registered nurses or registered psychiatric nurses must demonstrate language proficiency at the “intermediate” level of CLB 7 with a designated third party language test
• A work permit prior to entering Canada

The government is also promising speedier processing of permanent resident applications once the two-year Canadian employment requirement is completed and increasing the number of caregivers from 17,500 in 2014 to 30,000 in 2015.

Caregivers who have already applied for Live-in Caregiver Program work permits, and any who apply based on an employer’s approved Labour Market Impact Assessment submitted before November 30, 2014, will also be able to complete the work requirement on a live-in basis and eventually apply for permanent residency.