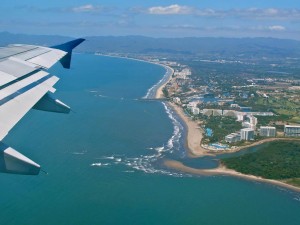 Puerto Vallarta’s climate, scenery, tropical beaches and rich cultural history have all contributed to its growth as a world-class destination.

Puerto Vallarta, Mexico, has received a number of awards and recognitions in the first six months of 2014, celebrating its infrastructure and the high quality services and tourism offerings available to visitors.

With more than 64 kilometres of diverse terrain, Puerto Vallarta offers a myriad of attractions, ranging from water sports to the longest zip-line in Mexico.

Located on Mexico’s Pacific Coast in the state of Jalisco, Puerto Vallarta turned 96 this year. While it has grown to be a world-class destination, at its centre it still remains a charming Mexican pueblo with colonial architecture and cobblestone streets.

With a variety of places to fit any budget, Puerto Vallarta’s lodging options include leading hotel chains, all-inclusive resorts, haciendas, boutique hotels and much more.

The city of Puerto Vallarta started a series of remodeling projects six years ago, and in the past two years has re-opened its iconic Malecon boardwalk, the historic Pier Los Muertos was refurbished and the streets of the downtown area were widened, making it one of the few tourist zones in Mexico to be pedestrian friendly and wheelchair accessible.

Tripadvisor’s consumer base of more than two-million monthly users have voted Puerto Vallarta onto their list of overall best destinations, this year coming in at #2 overall best Mexican destination for the 2014 Traveller’s Choice Award.

The Traveller’s Choice Awards are significant because each destination must earn the award as a result of maintaining at least a 4-star average score from consumers in both its hotels and restaurants over the course of 12 months.

In June 2014, the stunning beaches of Puerto Vallarta’s Southern shores were awarded Blue Flag Certification by the Foundation for Environmental Education’s (FEE) international jury of environmentalists.

Blue Flag Certification works towards sustainable development of beaches and marinas through strict criteria dealing with Water Quality, Environmental Education and Information, Environmental Management and Safety and Other Services.

International arrivals to Puerto Vallarta’s international airport (PVR) increased by 17 per cent in the first six months of 2014 when compared to 2013, with more new flights and additional frequencies scheduled for the upcoming fall and winter season.