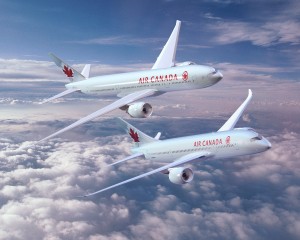 The annual poll, based on surveys of nearly 19-million global passengers, is regarded as a key benchmarking tool for product excellence and customer satisfaction by the global airline industry.

“We are extremely pleased that the Skytrax World Airline Awards have recognized Air Canada as the Best Airline in North America for five straight years,” said Calin Rovinescu, president and chief executive officer. “The North American aviation industry is highly competitive and it is therefore a source of great pride for Air Canada to consistently lead in this geography in terms of both service excellence and industry-leading products. Being the Best Airline in North America also places Air Canada amongst the leading airlines of the world and sets the bar very high to continue improving. We are delighted to have established a leadership position in such a global industry from a Canadian base.

“This award also reflects what more than 35-million customers tell us each year through their greatly appreciated loyalty: that Air Canada is one of the safest, most comfortable and convenient airlines to fly. I thank our 27,000 employees around the world, who all share in winning this award, for their professionalism and dedication,” said Rovinescu.