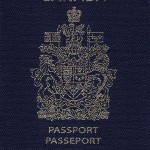 The Canadian Airports Council (CAC) is urging the federal government to take a “light touch” approach to its proposed electronic travel authorization (eTA) requirement, under which millions of visitors to Canada would have to successfully apply before arriving to Canada by air.

Under the new rules, all foreign nationals travelling from visa exempt countries, other than citizens of the United States, would be required to obtain an eTA prior to travelling to Canada.

Visitors would apply through the Citizenship and Immigration website by entering biographic details, passport and background information — the kind of data now requested by officers at Canadian entry ports or in a visa application.

An electronic system would verify the information against immigration and enforcement databases and conduct a risk assessment of the applicant.

Those not approved by the electronic system would be referred to an officer for further examination and a decision.

“Canada‘s airports appreciate the security role that the eTA can provide,” said CAC president Daniel-Robert Gooch. “Nevertheless, we want to ensure that the eTA not add an undue burden and cost for visitors to Canada. On the upside, we hope to see eTA considered as an alternative to a full-fledged visa for some lower risk countries.”

Countries affected by the proposed eTA requirement represent the biggest source of foreign tourists and markets for Canadian exports. The top 10 of these countries delivered 2.6-million visitors to Canada in 2012, representing approximately 56 per cent of all non-U.S. international visitors. Considering each long-haul visitor spends an average of $1,600 a trip, this adds up to about $4-billion in spending.

Countries whose residents currently require a visa are among Canada‘s fastest growing trading partners and sources for tourists. Brazil, China, India and Mexico alone brought nearly 700,000 visitors to Canada in 2012. The CAC acknowledges that the potential to expand tourism from these growing economies is significant and use of an eTA instead of a visa, when appropriate, could greatly help Canada grow this business.

“A more nimble system for the entry of foreign nationals to Canada will help facilitate international trade and the long-term prosperity of Canada‘s tourism sector,” said Gooch. “International direct and connecting traffic are important and growing businesses for Canada‘s aviation sector. More foreign travellers flying to and through Canada mean new routes and more capacity and greater competition on existing routes.”

The CAC’s 46 members represent more than 120 airports, including all of the privately operated National Airports System (NAS) airports and many municipal airports across Canada.