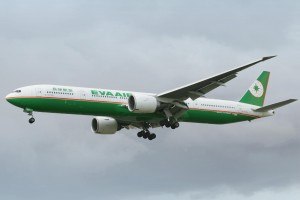 Under the agreement signed by Taiwan’s Civil Aeronautics Administration (CAA) director-general Jean Sen and Canadian Trade Office in Taipei executive director Kathleen Mackay, the number of passenger flights connecting the two countries could increase by up to 61 per cent over the next two years.

Under the previous aviation pact between the two countries, Taiwanese carriers were allowed to offer a total of 13 flights per week—including passenger and cargo flights.

Taiwanese airlines will immediately be allowed to operate a total of 17 direct flights per week to Canada, as will Canadian carriers.

Starting November 2014, capacity will be further expanded when each country’s airlines will be allowed to operate a total of 21 flights per week.

Additionally, under the new agreement restrictions on cargo flights between the Canada and Taiwan will be eased as Taiwanese carriers will be allowed to carry goods from Canada and transport them to a third country.

“This arrangement recognizes the ongoing demand for the movement of people and goods between Canada and Taiwan, and reflects a desire to improve upon our strong long-term economic and people-to-people relationships,” said Mackay.

There were 137,000 passengers flying between the two countries in 2012, an increase of approximately one per cent over 2011.

Both CAL and EVA are assessing the possibility of increasing flights to Canada in light of the new agreement.