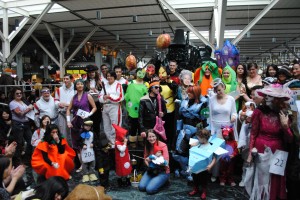 Each year, more members of the community participate in YVR’s costume and pumpkin carving Halloween contests.

The annual Halloween festivities at YVR on October 31 presented the perfect opportunity for members of the airport community to show their artistic and creative talents as Vancouver Airport Authority hosted its annual Pumpkin Carving and Costume Contest.

The event was well attended by passengers and members of the airport community, who came out to cheer on their friends and coworkers and marvel at the extraordinary pumpkin designs.

First-, second- and third-place prizes were awarded in both the carving and costume contests. 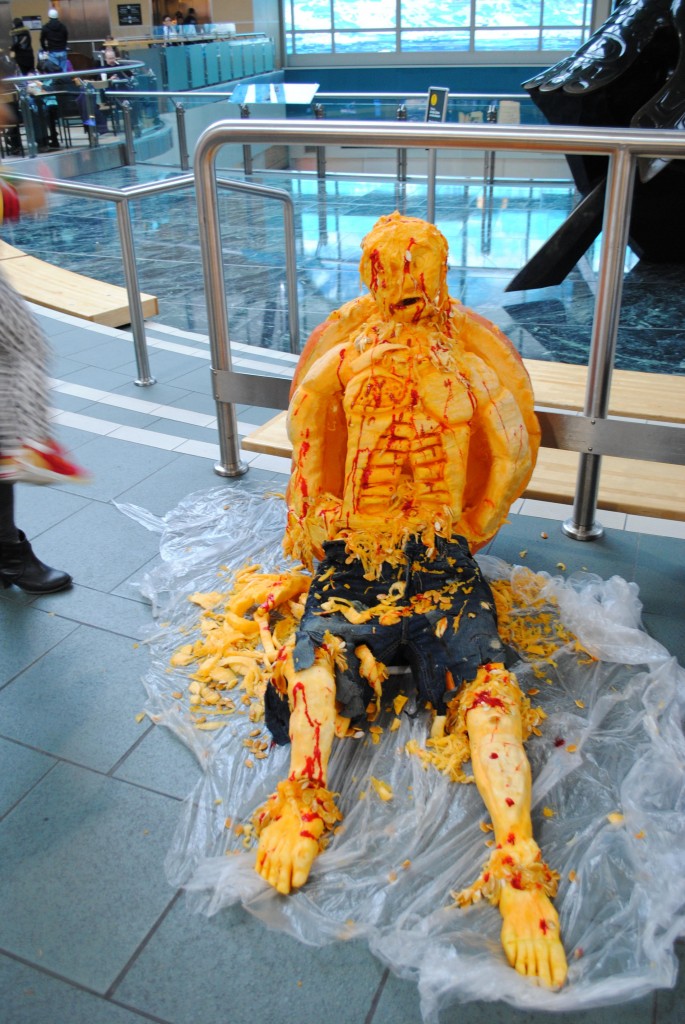 Michael Valeroso once again took first-place honours in pumpkin carving for his Pumpkin Corpse carving. Valeroso also won in 2012 for his 3-Sided Evil Faces design on a mammoth-sized pumpkin that weighed 60 kilograms.