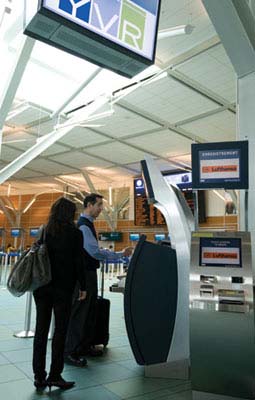 According to the ruling, Air Canada now has to revise its denied boarding compensation by September 18, 2013, to reflect compensation provisions that range from $200 to $800 cash—up from the current $100—or three times the amount in travel vouchers.

The breakdown in compensation is as follows:

“Passengers have a fundamental right to be informed about schedule changes that affect their itinerary and ability to travel and to be compensated or refunded in a reasonable fashion,” said Geoff Hare, chair and CEO of the CTA. “These decisions help ensure that consumers are protected when experiencing schedule changes while travelling with Air Canada and Porter.”

Air Canada spokesperson Isabelle Arthur said the airline will be fully compliant with the CTA’s decision and is revising its tariff policy according to the terms of the decision.

In a separate decision, the CTA ordered Porter to refund fares paid for cancelled domestic flights and provide compensation for reasonable expenses when flights are delayed. The CTA called Porter’s current policies “unclear” and said the airline should make “reasonable” efforts to inform passengers of schedule changes and the reasons for their occurrence.

Toronto-based Porter now has until September 30, 2013, to revise its tariff provisions for domestic flights in accordance with the CTA decision.

The ruling does not affect WestJet, Canada’s second largest airline, because it does not overbook flights.