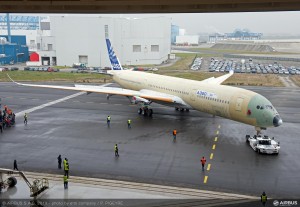 Now showing its completed wings, the new Airbus A350XWB has moved to its next phase of ground testing. The aircraft is structurally complete and shows the installed winglets, belly fairing panels, main landing gear doors.

The A350 will be the first Airbus with both fuselage and wing structures made primarily of carbon fibre-reinforced polymer.

Airbus does not expect this decision to impact the A350 XWB Entry Into Service (EIS) schedule. 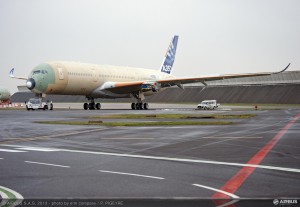 Simultaneously, Airbus has also launched additional maturity studies on Li-ion main batteries behaviour in aerospace operations and will take on board the findings of the ongoing official investigation.