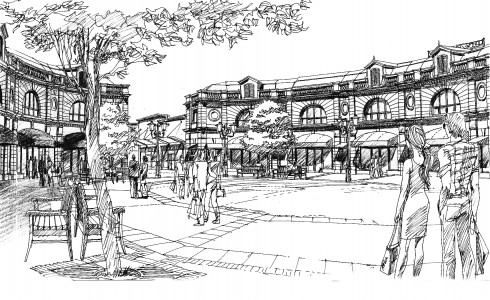 Vancouver Airport Authority has selected a preferred location for the development of a luxury designer outlet centre at a new site near the Canada Line Templeton Station on Sea Island.

The new site is located on the northeast corner of SeaIsland and provides direct access to the Canada Line rapid-transit that connects VancouverInternationalAirport to Richmond and Vancouver.

The decision was made after conducting feasibility studies on the Russ Baker Way site and the Templeton site, and following consultation with the community.

The designer outlet centre, scheduled to open in fall 2014, is an exciting partnership with Europe’s leading owner, developer and manager of designer outlets, McArthur Glen.

The designer outlet centre will increase the region’s destination appeal and generate an estimated 1,000 new jobs.