JAL aims to use sustainable fuel on select flights in 2019 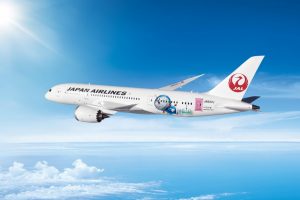 In the past decade, the carrier has taken several proactive steps to support the development of SAF technology.

In January 2009, the carrier operated a test flight in Japan with SAF using a mixture of three second-generation biofuel feedstocks.

In November 2017, JAL operated a passenger flight with SAF from Chicago to Tokyo (Narita).

In 2020, JAL plans to operate a charter flight with SAF made from recycled clothes.

In order to realize the daily operation of an aircraft utilizing SAF technology, JAL will continue to invest in the use of SAF and fulfill the targets outlined in its medium-term management plan, which is to contribute actively in tackling Global Sustainable Development Goals, including the reduction of CO2 emissions.