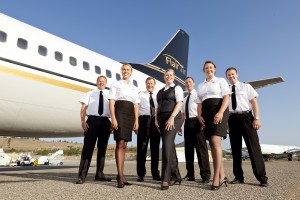 Just in time for the 2017 holiday season, Flair Airlines is offering Canadians more options for flights across the country.

The new services will each operate four-times weekly beginning on December 15, 2017.

“With a vision to serve 25-million passengers by 2020, we are pleased to welcome another new airline partner with Flair Airlines launching scheduled service at YVR this winter,” said Craig Richmond, president and CEO, Vancouver Airport Authority. “Vancouverites will be thrilled to have additional options to get to Kelowna, Edmonton and Toronto just in time for the busy holiday season.”

In business since 2005, Flair Airlines currently operates flights out of Abbotsford, Edmonton, Halifax, Hamilton and Winnipeg. The airline has flown more than 376,600 passengers on more than 3,090 flights since 2016.

“Flair Airlines is thrilled to be announcing service to Vancouver International Airport,” said Chris Lapointe, vice president, commercial operations. “YVR is a true gateway airport that connects people to the rest of the world and we believe this is an important addition to our route network.”

Flair Airlines will operate a Boeing 737-400 aircraft on the routes, with seat capacity for 156 passengers.

For further details and to book, please visit flairair.ca.