By Editor on October 11, 2017 in Vancouver Airport Authority, YVR Community 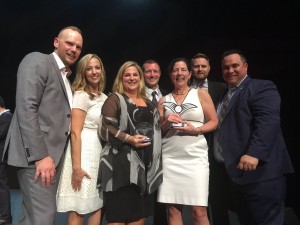 Each year, the World Routes Conference, one of the most prestigious events in the aviation industry, recognizes airports that demonstrate exceptional air service development. The award process includes nominations from airlines and industry experts, followed by a comprehensive review by an industry committee that looks for airports that have provided outstanding support for air services and network growth.

Held in September 2017 in Barcelona, Spain, Vancouver International Airport (YVR) was recognized for its outstanding aviation efforts. Demonstrating the strength of the airport’s vision, leadership and growth strategy, for the first time YVR was named winner in the 20- to 50-Million Passengers category and the Overall Winner.

YVR has enjoyed unprecedented growth as a result of its focus on developing new routes and supporting existing services. It is North America’s fastest-growing international airport, increasing at nearly twice the average rate.

This growth has created jobs and spurred business activity across the country, making YVR a key driver in the local and national economy. The airport added 18 new services and two new airlines in 2016 and is set to continue this pace in 2017. The airport contributed $10.3-billion in total economic output to the Canadian economy in 2015 and expects this to increase as it welcomes more growth over the coming years.