By Editor on December 5, 2016 in Air Canada, YVR Airport Services 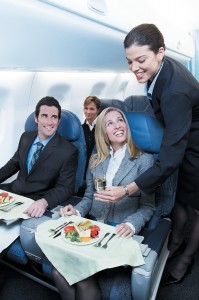 Air Canada represents 50 per cent of YVR passenger traffic, putting the airport on track to reach 22-million passengers in 2017.

This increase is largely recognized in Air Canada’s expansion of its transpacific hub out of YVR, representing approximately 50 per cent of passengers at YVR and serving more than 55 destinations worldwide.

“Air Canada has been an incredible partner in increasing our passenger growth by continuously delivering new and exciting destinations for our customers,” said YVR’s president & CEO Craig Richmond. “I’d like to thank Air Canada for their commitment to growing their transpacific hub out of YVR and in turn supporting our vision to be a sustainable gateway hub between Asia and the Americas. We couldn’t do this without their support.”

Between January and October 2016, Air Canada reached a record high for capacity with 10.9-million seats—an increase of 12 per cent over the same period in 2015.  The airline’s international sector, which includes the Asia Pacific, Europe and Latin America, led the growth with a 22.6 per cent increase.

In 2016, YVR introduced a new five-year airline rates and charges program, ConnectYVR, which provides a highly competitive rate structure and includes rates lower than any other major airport in Canada and competing U.S. airports. This program, alongside YVR’s world-class facility and convenient geographical location, has aided the growth of Air Canada’s successful transpacific hub.

This growth will continue in 2017 with five new destinations scheduled to launch, including Taipei, Nagoya, Frankfurt, London Gatwick and Dallas.