You can get there from here, and more often 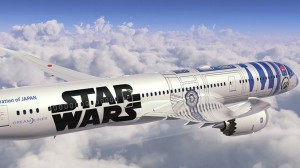 All Nippon Airways will begin Dreamliner service from Vancouver to Haneda on July 1, 2015.

Whether you’re planning that once-in-a-lifetime holiday getaway, planning to visit family or returning to a favourite city, one of these 10 expanded or new airline services should help you take-off somewhere special this spring and summer.

May 6 – Icelandair to Reykjavik, Iceland (bi-weekly)
This seasonal service to Reykjavik via Icelandair is the best way to discover this captivating country. Starting at bi-weekly in May and moving to thrice-weekly on June 25, 2015. icelandair.ca.

May 8 – Edelweiss to Zurich, Switzerland (3x weekly)
Starting from May 8, Swiss leisure airline, Edelweiss Air offers a third weekly flight to Zurich, the largest city in Switzerland and hope to a large number of financial institutions and banking giants. edelweissair.com.

May 14 – Lufthansa service to Munich, Germany (daily)
Munich is an amazing destination filled with culture, history and amazing scenery that should be at or near the top of any must-visit list. Lufthansa offers daily service to this spectacular city from May through October. lufthansa.com.

June 19 – Korean Air switches to 747-400 aircraft
Korean Air will make an aircraft change from 777-200ER to 747-400 for the peak summer season that will allow more passengers to reach Korea’s capital city, Seoul. koreanair.com

June 26 – China Eastern to Kunming, China (3x weekly)
YVR becomes the first North American airport to offer service to one of China’s premier tourist destinations. Known as the City of Eternal Spring, Kunming has great weather and serves as a major connection point to other destinations in South East Asia. flychinaeastern.com.

July 1 – All Nippon Airways to Haneda, Japan (daily)
Last year may have been the Year of the Dreamliner at YVR, but 2015 has brought even more additions of this amazing aircraft, including All Nippon Airways using the 787 for its new daily non-stop service from Vancouver to Haneda. ana.co.jp.

August 15 – Air China goes double daily to Beijing, China from June
Increased frequency to Asia during the summer months is considered key to YVR maintaining its position as the premier gateway from Asia to North America. Air China will start flying to Beijing 11x weekly on June 19 and will go double daily in August for a few weeks to finish off the summer season. airchina.com.

Regional routes are also being increased and carriers such as Air Transat and Sunwing will also offer more charter destinations during the peak travel season.