Nicotine-free tobacco plant being tested for use as jet fuel 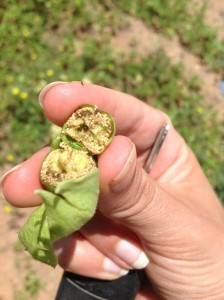 SkyNRG, which produces sustainable jet fuel, is expanding production of the hybrid plant known as Solaris as an energy crop that farmers could grow instead of traditional tobacco. Test farming of the plants, which are effectively nicotine-free, is underway in South Africa with biofuel production expected from large and small farms in the next few years. Initially, oil from the plant’s seeds will be converted into jet fuel. In coming years, Boeing expects emerging technologies to increase South Africa’s aviation biofuel production from the rest of the plant.

“By using hybrid tobacco, we can leverage knowledge of tobacco growers in South Africa to grow a marketable biofuel crop without encouraging smoking,” said Ian Cruickshank, South African Airways group environmental affairs specialist. “This is another way that SAA and Boeing are driving development of sustainable biofuel while enhancing our region’s economic opportunity.”

In October 2013, Boeing and SAA announced that the two companies would work together to develop a sustainable aviation biofuel supply chain in Southern Africa. As part of that effort, Boeing and SAA are working to position farmers with small plots of land to grow biofuel feedstocks that provide socioeconomic value to communities without harming food supplies, fresh water or land use.

When produced sustainably, aviation biofuel reduces carbon emissions by 50 to 80 per cent compared to petroleum jet fuel through its lifecycle.

Airlines have conducted more than 1,500 passenger flights using biofuel since the fuel was approved in 2011.