By Editor on July 18, 2014 in Government, Travel Features 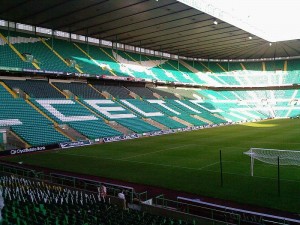 The 2014 Commonwealth Games Opening Ceremony will be held at Celtic Park football stadium in Glasgow, Scotland.

The Canadian Government is encouraging travellers who are planning to attend the 2014 Commonwealth Games, which are taking place in Glasgow, Scotland from July 23 to August 3, 2014, to consult the Government of Canada’s Travel Advice and Advisories before they depart.

“The host country is solely responsible for the safety of all athletes, teams and visitors,” said the Honourable Lynne Yelich, Minister of State Foreign Affairs and Consular. “Our government and its agencies are working with their counterparts to ensure the safest and most secure environment possible for Canadians for the duration of these exciting events. All Canadians who are planning to attend the Games are encouraged to take every precaution to ensure their safety and security.”

Whether attending the games as an athlete or to support Team Canada, travellers should always observe the “3 Rs” of international travel, which can be found at the Government of Canada travel.gc.ca website:

Read up on relevant topics such as safety, security and local laws by consulting the Country Travel Advice and Advisories for the United Kingdom.

Register with the Registration of Canadians Abroad service, so that government officials can contact and assist you in an emergency.

Reach us if you need assistance. Your first point of contact should be the closest Canadian government office—either the Canadian high commission in London, England or the Canadian consulate in Edinburgh, Scotland. For emergency consular service, the Emergency Watch and Response Centre in Ottawa can be reached 24 hours a day, seven days a week at 613-996-8885 (collect calls accepted) or by email at sos@international.gc.ca.

“From coast to coast, we will proudly be watching Team Canada in the next weeks as it showcases Canada’s talent and sportsmanship,” said Minister Yelich. “The games are also an opportunity to celebrate the strong bonds, shared values and principles that have united the 53 countries of the Commonwealth, of which Canada is a proud member.”

For more information on travelling to the games, visit glasgow2014.com.

Canadians travelling to the Commonwealth Games should also check travel.gc.ca for regularly updated travel advice and advisories and, more specifically, information regarding potential threats to safety and security during the 2014 Commonwealth Games.