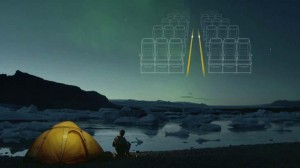 Icelandair’s in-flight safety video demonstrates the importance of safety togehter with the beauty of Iceland.

Icelandair recently premiered its new in-flight safety video. Unlike most airline safety videos, the result is a film that not only underlines the importance of safety, but also engages passengers with a sense of the beauty of Iceland.

Inspired by Iceland itself, the video uses Iceland’s landscape as the stunning backdrop to the traditional and important safety message presented to all passengers.

For example, emergency lighting takes on a new, non-threatening identity when compared to the northern lights, and assuming the brace position becomes a calm and collected maneuver when waking up after a long relaxing slumber by the lulling shores of a lake.

Filming for the safety video took place on locations that showcase Iceland’s hot spots of nature and beauty.

Icelandair offers service to Iceland from Vancouver and offers connections through the airline’s hub at Keflavik International Airport to more than 20 destinations in Scandinavia, the U.K. and Continental Europe.

Only Icelandair allows passengers to stopover in Iceland for up to seven nights at no additional airfare.

For additional information about Icelandair’s fares and packages to Iceland and beyond, visit icelandair.ca or call 1-877-I-FLY-ICE.