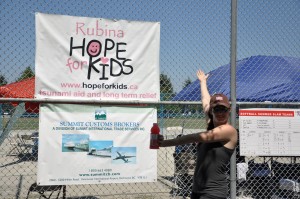 The devastating 2004 tsunami in 2004 that took the lives of more than 280,000 people in Southeast Asia is now a memory, but never forgotten.

Rubina Hope for Kids was founded in 2005 in memory of Rubina Wong, who was killed as a result of the tsunami while vacationing on Koh Phi Phi, Thailand. The initial goal was to raise enough funds to build a daycare in Thailand, one of the countries affected by the tsunami.

That goal was achieved with the completion of the Lam Gaen Kids Safe Zone Daycare, which opened its doors on April 1, 2006 in Lam Kaen, Thailand. A small plaque resides in the daycare, which has the capacity to serve 35-45 children, with a short explanation of the support provided by the Rubina Hope for Kids charity in its construction and funding.

Since then, Rubina Hope for Kids has continued to hold annual fundraising events from which proceeds go to needy children in the Richmond community. 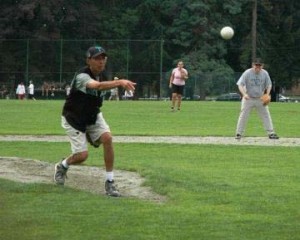 Summit Customs Brokers is a major contributor to the Rubina Hope for Kids charity through its annual Summit Softball Slam event. This year’s sixth annual event, held July 20-21 at King George Park, Richmond, attracted more than 300 participants and included a beer garden, prizes, food, silent auction items and entertainment—both on and off the field.

The event raised a record $16,550 for the Rubina Hope for Kids charity.

“I want to thank all the participants, sponsors and volunteers for making this year’s event the most successful to date,” said Gary Eng operations manager Summit Customs Brokers and a member of the charity’s Board of Directors. “When it comes to a good cause, the airport community really knows how to hit it out of the park!” 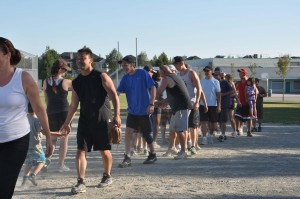 Teams greet each other at King George Park, Richmond at the start of the annual Rubina Hope for Kids Softball Slam fundraising event.