Flight attendants, customer service agents and many of the more than 64,000 United Airlines employees worldwide have shed their old work outfits for a new wardrobe.

To come up with what United describes as its “more modern, sophisticated wardrobe,” the airline asked its employees to give on-line feedback, serve on uniform review teams, vote for their favourite designs and wear-test a variety of garments.

United’s new flight attendant uniforms are built around a core wardrobe of black trousers, skirts, sweaters, vests and blazers with two rows of silver braid on the sleeves. There are also two styles of dresses, including a blue dress with a black stripe detail. 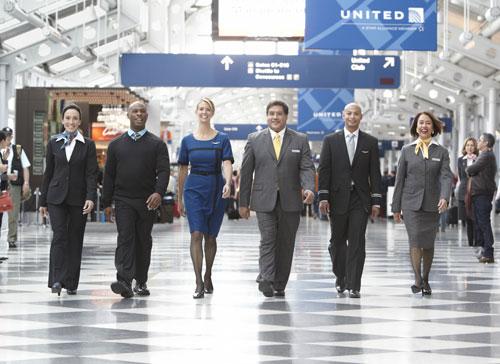