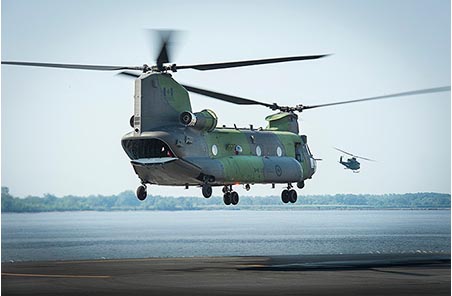 The aircraft also has improved survivability features including a Directional Infrared Countermeasures system.

The first CH-147F was accepted by the RCAF’s 450 Tactical Helicopter Squadron, and will be followed by six additional aircraft over the remainder of 2013.

The Canadian government awarded Boeing a contract for 15 Medium-to-Heavy-Lift Helicopters (MHLH) and in-service support in June 2009; all deliveries are scheduled to be completed by June 2014.

Boeing will provide in-service support to the MHLH fleet for the next 20 years under a Performance-Based Logistics contract.

Boeing has already awarded six contracts to Canadian suppliers for services under the program.