By Editor on March 13, 2013 in Aviation Organizations 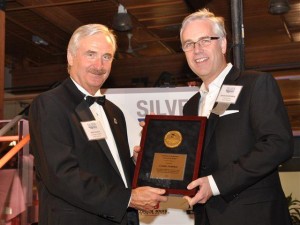 In celebration of its 75th anniversary, the British Columbia Aviation Council (BCAC) has launched a photo contest to collect a visual history of the industry throughout the province.

“From the pioneers of bush flying who opened up the vast resources of the north to the country’s leading aerospace training facility at BCIT, the prosperity of this province owes a great deal to aviation,” said Mark Duncan, chair of the BCAC. “Helicopters have opened up timber stands and built our power grids, medevac services get people to critical hospital care, floatplanes fly mail and food into remote communities and the country’s largest air freight fleet operates out of Kelowna. This is a truly multifaceted industry with lots of stories to tell.”

Back in 1938, aviation was a new idea with plenty of potential, particularly in a province dominated by mountainous terrain and seemingly inaccessible resources. Trans Canada Airlines had just begun service the year before with its inaugural flight from Vancouver to Seattle, and passenger jets were still the stuff of science fiction. To build on the momentum of the fledgling industry, 39 civic leaders formed the BC Aviation Council, the first of its kind in Canada. Its inaugural AGM was attended by Canada’s first Minister of Transport, C.D. Howe, in the city of Nelson.

It is not just the highly visible airline, airport, firefighting and floatplane operations that have contributed to the province’s growth. High-tech industries that support aviation and aerospace have also found a home in B.C. and employ thousands of people across the province. These include companies that build aircraft and aircraft parts, and provide maintenance, overhaul and specialized services.

“The province as we know it today wouldn’t have been possible without the contributions of aviation and aerospace,” said Duncan. “To celebrate BCAC’s 75th anniversary and the importance of our industry, we’re calling on the public to break open the shoe boxes and dust off old albums. We need your help to collect aviation photos taken anytime over the last 75 years from all corners of the province. They will play a feature role in the BCAC’s anniversary celebrations this year.”

Photographs and accompanying stories can be uploaded to the BCAC photo contest Facebook page. Details can be found via Twitter @bcac1938 or on the BCAC website at bcaviationcouncil.org.

Members of the public are invited to vote for their favourite photo, which will determine the winners, who will receive tickets to the Silver Wings Awards gala in October 2013 as well as other aviation-related prizes.