Venturing to the final frontier 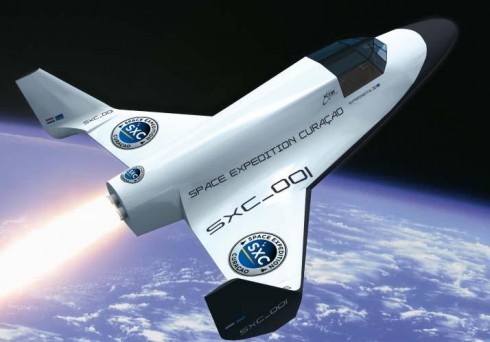 The Lynx is a suborbital horizontal-takeoff, horizontal-landing rocket-powered spacecraft designed to carry one pilot and one passenger.

The Adventure Travel Company (ATC) and Space Expedition Corporation (SXC) have introduced a program in Canada that offers individuals an exclusive opportunity to venture into space and be on the cutting edge of travel.

The first space missions are scheduled to launch in early 2014 and has already sold 205 tickets worldwide—two of which were sold in Canada.

ATC is offering three departure options to explore outer space. Depart from either Cape Canaveral, Florida; Curacao, the Space XC home base in the Caribbean; or the Mojave Desert in California.

The flight will take place in a Lynx spacecraft that fits just the passenger and the pilot in the cockpit. The trip will begin with a horizontal takeoff from the runway, followed by a powered ascent with a maximum airspeed of mach 2.9. Travellers will reach outer space in four minutes.

Once the spacecraft has reached 58.5-kilometres, the engines will be turned off and the Lynx will coast upwards to 103 kilometres above earth where it will enter low orbit, officially crossing the frontier of space. As the space craft reaches this maximum height, travellers will see the Earth’s curvature.

The Astronaut package includes airfare from any international airport in Canada to the spaceport of choice, a three-day stay in an all-inclusive five-star hotel, individual mission training and debriefing, an award ceremony, the flight suit and photo/video footage of the trip. Cost: $109,000.

In addition to all of the above, the VIP package—for an additional $33,000—includes an extra training mission, two more days in all-inclusive accommodation and pit passes to the Montreal Grand Prix Formula One race.

ATC, which is owned by Merit Travel Group, is the sole agency in English Canada to offer space travel with SXC.

Once the program begins, daily private departures will be available year-round. Personal expenses and additional travel insurance (covered items outside the space flight) and visa expenses are not included.

For more information on the out-of-this-world trip, visit www.atcspace.com.