By Editor on February 6, 2019 in Alaska Airlines 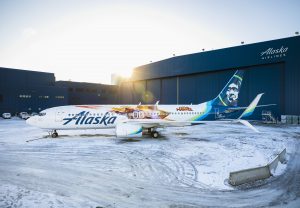 Decked out in a red-and-navy suit, Captain Marvel is taking flight and commands the attention she deserves as a female pilot who acquired special powers to fight for the greater good.