Dreamliner lives up to its hype 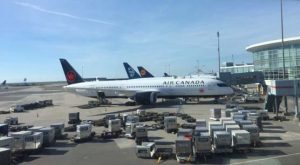 Most travellers book flights based on price, closest airport to their destination, flight schedule and baggage allowance, with few considering booking their ticket based on the type of aircraft being flown.

However, a recent flight from YVR to London Heathrow on Air Canada’s Boeing 787 Dreamliner has convinced me to include aircraft-type as part of my future flight booking consideration.

Since I have flown on this route several times over the past 25 years, disembarking from several different aircraft with mixed levels of comfort, I was initially skeptical that the Dreamliner would live up to its hype.

Not only did it live up to the hype, it provided a truly game-changing flight experience on this nine-hour, nonstop flight.

Hyperbole notwithstanding, following are some of the noticeable practical benefits of flying on the Dreamliner:

In addition to passenger comfort, the Dreamliner is the world’s first major airliner to use composite materials in the construction of its airframe. This allows for significant fuel efficiencies, a more economical long flying range and an enhanced passenger experience with less impact on the environment.

Air Transat partners with easyJet for connections in Europe
Cannabis is now legal in Canada: Tips for travel & possession