Vancouver International Airport is a place filled with people, aircraft and luggage, but did you know about all the animals located here?

There are service dogs and working raptors and because YVR is located on Sea Island it is also home to lots of wildlife.

Following are some of the animals to be found at YVR. 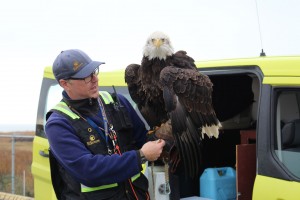 Raptors can be distinguished by their hooked beaks, feet with sharp, curved claws and keen eyesight.

At YVR, a wildlife team works with raptors to help keep other feathered birds away from its metal ‘birds’. While YVR also employs other techniques, such as pyrotechnics and lights, to move flocks of birds from the airport’s runways, the sight of a predator keeps birds away for much longer. This ensures the safety of passengers, as well as other bird friends. 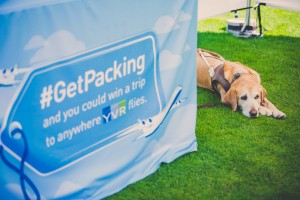 Horatio is a guide dog for one of the airport’s employees.

While dogs have become a familiar site at YVR because of the Less Airport Stress Initiative (LASI) and the airport’s therapy dogs, there is another dog that just loves to find food, sprint around the YVR offices and lay on his back in the middle of the office cubicle walkways. Meet Horatio, the guide dog of one of YVR’s employees. If you ever see him with his owner in the terminal, remember, you can only say hello if he isn’t working. When his harness is on that means he is working to keep his owner safe—and that goes for all working dogs. If in doubt, always ask first. 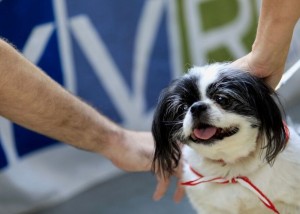 Six YVR Ambassor Dogs take turns touring the halls at YVR between 11am and 1pm from Monday to Friday.

Since last summer, the airport’s LASI therapy dogs have really stolen the show at YVR. In partnership with St. John Ambulance, airport therapy dogs can be found in the terminal Monday to Friday from 11am to 1pm. Molly, Bailey, Mira, Norman, Grover and Soda are on-site to help passengers manage anxiety associated with travelling, work and general stress. These YVR Ambassador Dogs are specifically trained for interaction. The next time you are travelling through YVR, say hello them. 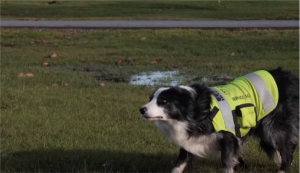 Border collies are used at YVR to keep birds away from aircraft.

Puppy cuddles are just the best, but unlike the LASI airport therapy dogs, these border collies have the same job as the airport’s raptor friends, they patrol the airfield to keep birds away from aircraft. 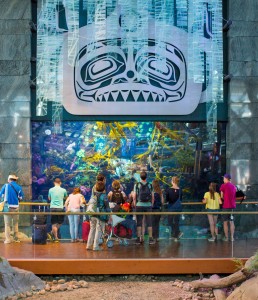 Located in the International Terminal, Level 3, the Vancouver Aquarium exhibit at YVR houses a rich collection of marine life native to B.C. 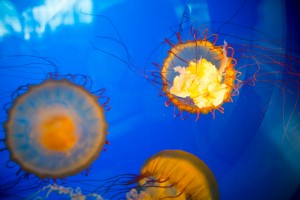 An 1,800-litre jellyfish aquarium can also be found at YVR.

YVR is also home to an 1,800-litre jellyfish aquarium. The exhibit features Pacific sea nettle jellies that are reared at the Vancouver Aquarium by its resident jellyfish expert. Next time you arrive at YVR, look and see how many jellyfish you can count—hint, there are 12. 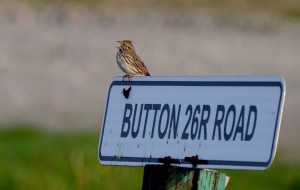 The Savannah Sparrow breeds in southern B.C. to northern California. Its song is a mixture of chirps and trills.

These small birds can sometimes find their way into the terminal. They can be spotted in the Graham Clarke Atrium, where they can enjoy the sunshine without having to brave the elements.

Sea Island, located in the Fraser River Estuary, is not only home to YVR but salmon, too. Just last year, YVR became the first airport in North America to achieve Salmon-Safe certification. This recognition acknowledges YVR’s ongoing efforts and commitment to transform its land and water management practices, to protect Fraser River water quality and enhance the habitat so Pacific salmon continue to thrive.