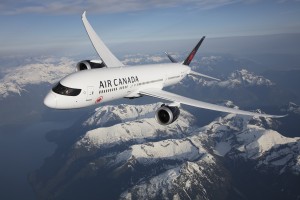 With existing services to Sydney and Brisbane, the new Melbourne service is Air Canada’s third route to Australia from YVR.

In addition to the new Melbourne service, Air Canada will also be launching new routes to Orlando International Airport (MCO) and Yellowknife Airport (YZF) this month. All flights are strategically timed to connect with Air Canada’s domestic and international schedule at YVR.

Operated by Air Canada Rouge on a Boeing 767-300 ER aircraft, the YVR-MCO route can accommodate 279 passengers and will create almost 40 new jobs as well as contribute $2.7-million in GDP.

The YVR-YZF route will use a Bombardier CRJ 705-900 aircraft, with seat capacity for 75 passengers.

The YVR-MEL route operates on an Air Canada Boeing 787-9 Dreamliner aircraft with seat capacity for 298 passengers. The new service creates 60 new jobs at the airport and contributes $4.7-million to B.C.’s GDP.

In addition to these three new services, Air Canada introduced service to Dallas in February, Denver in May and increased service to Los Angeles and San Jose to six- and three-times daily, respectively.

In the summer, Air Canada also launched the following international routes out of YVR: Taipei, Nagoya, Frankfurt and London Gatwick.

For further details on any of these new services and to book, please visit aircanada.com.