By Editor on February 7, 2017 in Central Mountain Air 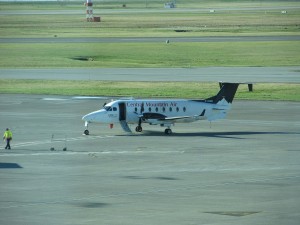 Cemtral Mountain Air currently serves the Comox Valley Airport with up to seven daily return flights Monday to Friday from Vancouver to Comox and up to three daily flights on weekends, using Beechcraft 1900D aircraft.

The decision to ground the flights is a result of low passenger loads and increased airport costs, according to a statement from Douglas McCrea, president of Central Mountain Air.

Passengers holding existing travel tickets are being contacted and re-accommodated by the airline.

In September 2016, the airline discontinued its non-stop service between Terrace and Vancouver because of low passenger loads.