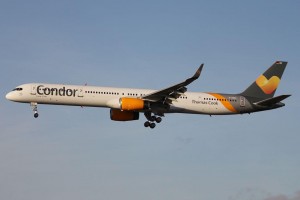 The interline partnership agreement between WestJet and Condor Airlines has been now expanded to offer customers connecting flights to 29 additional destinations in Canada.

Beginning in early May 2015, Condor passengers will have the option of flying to Germany and beyond via Vancouver, Calgary, Toronto, Halifax and Whitehorse, with WestJet connecting from British Columbia, Alberta, Manitoba, Newfoundland and Labrador, New Brunswick, Nova Scotia, Ontario, Quebec, Saskatchewan and Yukon.

Since 2013, Condor has been part of the Thomas Cook Group, which comprises 88 modern and environmentally friendly aircraft, of which 40 belong to the Condor fleet