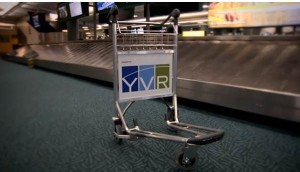 Along with major upgrades to design and functionality, the carts are, most importantly, still free of charge for passengers and available terminal-wide.

In addition to featuring a sleek, upright, ergonomic design, the 2014 Baggage Carts offer the following improvements over the airport’s old stalwart carts:

The next time you’re visiting YVR, test drive the new carts and let the Airport Authority know what you think of the new design and improved features.