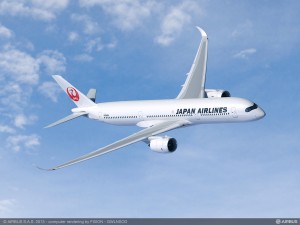 For more than half a century, Boeing has been the top provider of commercial aircraft to Japanese airlines, with Japan being one of the largest single-country international markets in dollar value for Boeing.

Over the past 50 years, Japanese carriers ordered approximately 900 Boeing jetliners and Japan Airlines (JAL) has purchased more Boeing 747 aircraft that any other airline customer.

Rival European aircraft manufacturer Airbus had virtually no impact on the Japanese aviation market, with Japanese carriers flying only 44 of its aircraft.

That was the case until earlier this month, when JAL announced a purchase agreement for 31 Airbus 350 XWB aircraft, plus options for a further 25 aircraft.

The order, valued at $9.8-billion, was JAL’s first-ever order for Airbus aircraft.

It is also the first order Airbus has received from Japan for the A350 XWB.

JAL and Airbus aim for entry into service from 2019, with the airline’s A350 XWBs gradually replacing its ageing fleet approximately over a six-year period.

“We will utilize the A350 XWB to maximum, which offers high level of operational efficiency and product competitiveness, while positively catering to new business opportunities after slots at airports in Tokyo are increased,” said Yoshiharu Ueki, president of Japan Airlines. “In addition to improving profitability with advanced aircraft, we always aim to deliver unparalleled services to customers with the latest cabin and steady expansion of our route network.”

JAL and Japan’s All Nippon Airways were the launch customers for Boeing’s 787 Dreamliner, the competing aircraft to Airbus’ A350 XWB. Both airlines experienced long delays before Boeing delivered 787 aircraft in 2011. This was followed by a three-month global grounding of the aircraft in 2013 because of battery problems.

JAL president Yoshiharu Ueki said the grounding wasn’t a factor in buying the Airbus plane but the aircraft was chosen because it was the “best match for our needs.”

“Japan Airlines is well known as one of the most preferred airlines in the world, providing its passengers with an excellent flight experience,” said Fabrice Bregier, president and CEO of Airbus. “We sincerely welcome Japan Airlines as a new Airbus customer and feel honoured by this first-ever order from Japan for our all-new A350 XWB. It fills us with pride to see a leading Japanese airline start a new chapter with us. This highlights a very bright and flourishing future for both of us, JAL and Airbus.”

More than 70 per cent of the A350 XWB’s weight-efficient airframe is made from advanced materials, combining composites (53 per cent), titanium and advanced aluminium alloys.

Airbus A350XWB, A380 and A330 in formation
Visa process improvements cited as key to Canadian air transport policy