Planes, Trains, Cars and Bikes are welcome at YVR 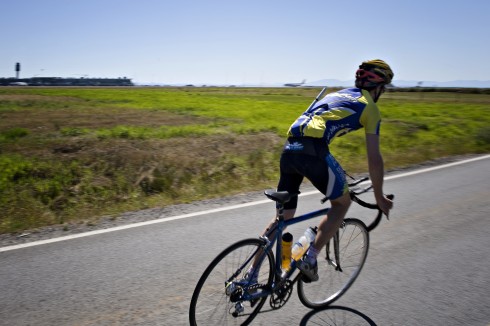 The route along Ferguson Road to Iona Beach Regional Park on Sea Island is one of the best year-round cycling trips.

YVR’s reputation as a transportation hub is expanding to include bicycles, with the recent announcement of the Airport Authority’s win as one of the region’s most bike-friendly businesses. Awarded annually by HUB, Metro Vancouver’s largest cycling coalition, the awards celebrate businesses that encourage employees and customers to cycle, by providing commuting facilities, incentives and education programs.

Those travelling by bike to or from YVR will find marked cycling lanes adjacent to traffic lanes on YVR’s major roadways, as well as off-cycling routes connecting major thoroughfares on SeaIsland. Public bike racks can be found on Arrivals Level 2, close to the International Terminal, at both the Templeton and Sea Island Canada Line stations, and at the SouthTerminalBuilding. And because bikes are allowed on Canada Line, cyclists can easily head to YVR for a day of exploration.

One of the best year-round cycling trips on SeaIsland is the route along Ferguson Road to IonaBeachRegionalPark. The park features a four-kilometre jetty ideal for cycling, along with sandy beaches and marshy trails that are home to thousands of migratory birds.

For more information on YVR’s bike routes, visit the Getting To & From YVR section of www.yvr.ca.