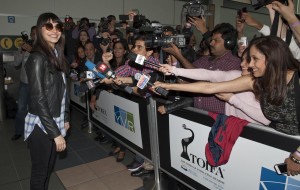 Indian actress and former model, Anushka Sharma, has appeared in Hindi films since 2008 and has won a Filmfare Award for Best Supporting Actress. 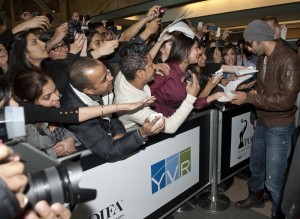 Holding cameras aloft, screaming crowds greeted the arriving artists who signed autographs and posed for pictures in a special Welcome Area set up on Level 3 Departures, just past the U.S. check in.

The province of B.C. provided funding of $11-million to stage the awards, which were presented by the Times of India—India’s largest media conglomerate, which reaches 90-million people a day through its various brands.