Transat to add B737 aircraft to fleet 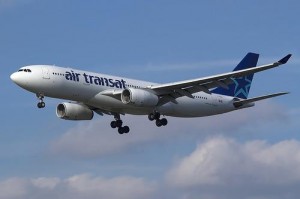 Air Transat currently uses a fleet of Airbus A310 and A330 wide-body aircraft.

Starting in 2014, Air Transat plans to operate its own flights from Canada to sun destinations in Mexico, the Caribbean and Florida.

The airline will add five Boeing 737 narrow-body jets to its fleet, which currently comprises Airbus 310 and A330 wide-body aircraft. Since 2003, Transat has contracted other companies to provide planes for many of its southern routes, most recently Nova Scotia-based CanJet. That contract is coming to an on April 30, 2014.

In preparation for the introduction of narrow-body aircraft to its fleet, Air Transat recently reached agreements with its employees that will enable a reduction in operating costs. Internalization of medium-haul operations, including the impact of the said agreements, is expected to generate savings of some $8-million in 2013, $15-million in 2014 and $30-million per year in 2015 and beyond. I

“A return to profitability remains our primary goal, and operating costs, particularly air costs, are an essential factor in profitability for any tour operator,” said Jean-Marc Eustache, president and CEO Transat. “Internalizing medium-haul operations has several advantages, including increased control over our aviation operations, the implementation of a more competitive cost structure and having Air Transat cabin crews on all of our flights.”

In winter, when demand on sun destination routes is higher, additional aircraft will be introduced on a seasonal basis. Eventually, Transat plans to operate five narrow-body aircraft permanently and six seasonal aircraft in winter.